How many videos following the death of George Floyd must Americans watch of unprovoked black people assaulting white people before we can stop pretending black violence isn’t a problem.

I don’t need to cite FBI statistics to confirm what we are all seeing—that interracial crime is almost always perpetrated by black lives who believe white lives don’t matter.

George Floyd’s death and police brutality are no more reason to explain the violence than the tooth fairy and the Easter bunny.

Are you noticing the patterns yet? pic.twitter.com/LlxiDiO731

So let corporations rain money on Marxist groups BLM and Antifa. Let them frantically change the name of Aunt Jemima syrup, Uncle Ben’s rice and God only knows what else these white hysterical liberals in their ivory towers cook up to virtual signal that they are not racists.

They don’t understand what both black and white conservatives do, that blacks are not only not listening to them, they don’t care what they have to say.

What these lawless blacks are listening to are the media and other racists blacks—black rappers, black gangsters, black race baiters, black grievance preachers, black excuses and black athletes.

And guess what all of these blacks are saying? White people are hunting you down and killing you. This is all they hear.

Here is what they are also not saying. Black people know that inner city white people are weak, and they are not at all afraid of them.

They don’t respect you and they don’t necessarily want you in their neighborhoods holding up signs, burning down businesses and wearing black masks.

Here’s a news flash for the white privileged elites creating all of this chaos. Black people consume more social media than whites, and what the bad actors are seeing is white people cowering, refusing to fight back and apologizing for their race. They see criminal opportunity, not change.

And it is these same white privileged liberals who incite blacks to loot and burn that have created this mob of unruly and uncivilized group of blacks who are now drunk on power and attacking unsuspecting white people like feral animals.

The majority of black violence against whites we see is happening in Democrat-controlled cities, where if white people live there at all, they have been indoctrinated into the lie of systemic racism and inherited white sin by the failed educational system and the thousands of cultural messages they receive.

They believe being white is something you must apologize for and make atonement. And it is radically racist. White self-loathing is pathetic and the one thing black people would never do. Being ashamed of your tribe not only makes you appear weak, it fuels violent sociopaths full of hate to commit more black on white crime.

Get on your knees and shine shoes? pic.twitter.com/fsNr7Wzu8X

These same white people who are wearing black outfits and black masks, however, do not represent the majority white.

They are pedigreed elites, urban insiders and cosmopolitan professionals who believe in meritocracy, where talent is rewarded by acquiring academic credentials. Never mind that less than 35 percent of all Americans today graduate college.

But when the fun of being an anarchist wears off for these underfed and overeducated young people and they all want to shower and sleep in a clean bed, they will slink back to their affluent homes while the poorest blacks among them have no home to go back to and no store in which to buy food.

These inner city blacks will only have the hate left in their heart that was planted there by a white liberal education system, the media, the music industry and the Democratic race pimps, who see them only as victims or pawns.

White “Deplorables” in the far suburbs and exurbs, though subjected to the same propaganda through the school system and media, have never bought into this lie. Contrary to what the media tells us, it isn’t because they are racists—they are realists.

No, they have been hardened by a life they have had to work for in a world of elites and minorities that don’t much like them. They are ignored and maligned by the political parties in power and no one speaks for them.

America’s lower class was bred on common sense—not ideals, which is why progressives hate them and look down on them and brainwashed blacks fear them.

They cannot be controlled and don’t care what others think of them because they didn’t drink the university and cultural Kool-Aid.

They are not waiting for government to save them and they don’t see themselves as victims in a society that doesn’t like them.

They compete with blacks, Hispanics and college-educated whites for limited jobs in forgotten rust belt and rural cities.

They work hard, pay their taxes, go to church and spend time with their families. They keep their noses to the grindstone and mind their own business.

Trouble is, white liberals also won’t leave them alone anymore than they do black people. They disparage them as gun-toting bubbas, backwards, ignorant, racists, Nazis and white supremacists.

As a result, they are also well armed and will protect themselves and their property without hesistation. Black people know this even when white, college-educated graduates do not. 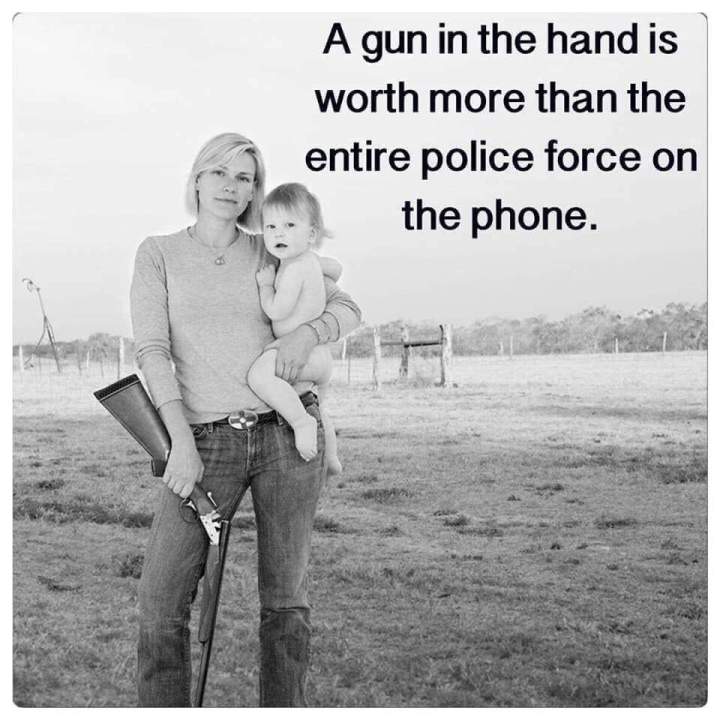 So why does any of this matter? Because unless we deal with truth—not fiction—like the adults we should all be in a Democratic Republic, we can never move forward and anarchy will continue.

The mainstream media has not reported accurately on black on white crime for at least the last 20 years, scrubbing the race of suspects from news articles and reports, calling inner-city knockout mobs “restless teens” and excusing crime on the lack of “opportunity.”

This, too, is a major problem. Without sunshine and disinfectant, hate that is covered up by the media cannot be dealt with. The truth of why inner cities are crumbling and why failed Democratic policies are killing black American families will remain hidden to ignorant blacks who have believed the lie.

That being said, perhaps the only good thing to come from the violence and madness based on the blatant racism we have all witnessed following Floyd’s death is this—we cannot unsee what we saw.

That is that Democrats have created these no-go cities, run by black mayors and police officials who have exploited their own black citizens for a ticket in the elite club and upward mobility. They care more for wealth and power than right and wrong.

It is Democrat-controlled media that gins up the anger and unrest of inner city blacks and elevates violence and rioting to some sort of holy righteous act against whitey, the very source of all their misery.

And it is Democrats who have enacted policies that destroy black families and use race intimidation tactics to ensure they remain on Democratic plantations. Enforcing societal “rules” that blacks must embrace the most debased and backward thinking in order to retain their “black card.”

Unfortunately for us, it will have to be the conservative media—both black and white—that shines a light on the lies. It will be the Deplorables who must be unafraid to speak out against lawlessness and who will be called racists and Uncle Toms and Coons for doing so.

It will be conservatives who will be doxed, cancelled and hunted as corporate America takes away their right of free association and big tech and media seek to silence and malign them.

But this is what great American Deplorales have always done. It isn’t white privileged families who sacrifice their children to the military or the police departments around the nation.

Rather, our military and police are made up of lower to middle class blacks and whites who wish to serve their nation while acquiring skills they would not otherwise receive. They are working for opportunity where none exists.

I did. I grew up in poverty. Extreme violence, drugs and alchohol. I always knew I wanted a better life even as a kid. The military was my out. It saved my life. I was nobody. Poor white trash in the mountains.

I built my life from nothing Kam. If I can do it. Anybody can🙏🏽

Yes, we know where the racism is coming from and sadly, it isn’t black people even though they are the ones perpetuating the violence. It is privileged white people who have divided constituencies through race identity, resulting in increased interracial crime.

We must continue to speak truth to this dark power that has made blacks feel that they are the victims of racism rather than the pawns of the upper class that they are.

It isn’t your average black person who wants to usher in Marxism and destroy our institutions. Instead, Black Lives Matter and Antifa are using them as a tool to achieve their own ends.

What we have in America isn’t a race problem, even though it is manifesting as such. What we have is a class problem, and it has always been thus.

Nancy Isenberg, in her book, White Trash. The 400-Year Untold History of Class in America, makes this point when she says:

“Confederates openly defended the idea that the planter class was born to rule. The ‘representative blood of the South,’ the aristocratic elite, those of good patrician stock, were destined to have command over white and black inferiors. But for all their confidence about harmonious relations between the rich and poor in the South many secessionists viewed nonslaveholders as the sleeping enemy within.”

This still holds true today in a united South and the North but it is absolutely ubiquitos in the Democratic Party. Elites have always believed they are born to rule and have always used the poor as pawns.

Isenberg says, “White workingmen in places like Charleston were called ‘perfect drones,’ whose resentments could potentially be marshaled against slaveowners. Antidemocratic secessionists dismissed the poor as the hapless pawns of crass politicians, willing to sell their votes for homesteads or handouts.”

Blacks today are still exploited by this very same belief. By offering them welfare entitlements and other goodies, Democrats are able to control and subvert them for political power.

Black violence is a problem, but it can only be eradicated by exposing truth through educating Americans to their history and their civic duties and encouraging nonproperty owners and the poor to participate in the political landscape.

Ceding to the white elite liberal class who believe they have the right to rule over disadvantaged blacks and whites is a danger to us all. #Reignwell