This is the first in a series of profiles I intend to publish on important, powerful and courageous conservative women who are publicly fighting to uphold our nation’s ideals—that we are a free people who are united by our Constitution and believe that American ideals are worth fighting for. In the media climate of our day, these women are unfairly covered by the press, or not covered at all. And that is unfortunate for us all. Women have long played a vital role in maintaining the spirit of American independence and strength. The left can keep their Cardi Bs, Alyssa Milanos and Chelsea Handlers. We need to hear from the women who don’t apologize for wanting to preserve Western culture and ideals. 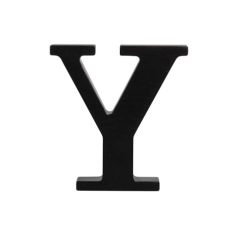 ou can’t help but be captivated by Brigitte Gabriel’s deadly combination of exceptional beauty and style and whip-smart mind. There is so much to admire about this Lebanese-born American business woman, activist, author and speaker that it is hard to know where to begin. Brigitte is most well known, however, as an outspoken opponent of the spread of political Islam and Sharia Law and is the founder of the nonprofit ACT for America.

You know Brigitte is over the target when the Southern Poverty Law Center labels ACT “the largest grassroots anti-Muslim group in the country,” and the Council on American-Islamic Relations describes her organization as “one of the main sources of growing anti-Muslim bigotry in our nation.”

Her card-carrying conservative credentials include being routinely vilified by the mainstream liberal press. BuzzFeed, called her, “the most influential leader in America’s increasingly influential anti-Islam lobby.” The Washington Post describes her two books as “alarmist tracts about Islam.” Peter Beinart of The Atlantic described her as “America’s most prominent anti-Muslim activist.” The New York Times Magazine, who interviewed Gabriel in August 2008, described her as a “radical Islamophobe.”

In 2017, The Atlantic said of her impending meeting with Trump, “The Trump administration hasn’t confirmed the meeting, but no one familiar with Gabriel—a Lebanese-born Christian who distorts Lebanese history to incite hatred of Muslims—would find those replies surprising. Her organization, ACT for America, is the largest grassroots purveyor of anti-Muslim bigotry in the United States.” Gabriel later tweeted photos of herself in the White House.

So it is easy to see why Brigitte made Royal Diadem’s list of most powerful and important conservative women. She is getting things done, speaking out and ruffling the feathers of the progressive left. Brigitte is one of the leading terrorism experts in the world, providing information and analysis on the rise of global Islamic terrorism. As a former news anchor for World News, an Arabic evening news broadcast on Middle East Television, Brigitte is an ardent supporter of Israel and an unapologetic Christian who has appeared on many shows, including The Rubin Report, Fox News, Hannity, MSNBC and CNN, and she is routinely attacked by Israel haters, including activist and terror supporter Linda Sarsour, who tweeted about how much she wanted to take her down:

This is the same Sarsour who is associated with Siraj Wahhaj, an Iman in Brooklyn, New York whose son was arrested in August 2018 for teaching children how to shoot up schools at a compound in New Mexico. Wahhaj is also the same unindicted co-conspirator in the 1993 World Trade Center bombing. And if that isn’t frightening enough, Wahhaj is the leader of The Muslim Alliance in North America. These are just some of Brigitte’s enemies. Let that sink in.

I have been captivated by Brigitte’s firebrand honesty on Islam’s political intentions and was literally brought to real tears hearing her speak about her childhood in war-torn Lebanon, which ultimately resulted in her emigrating to the United States from Israel in 1989. As the only child of Christian parents, Brigitte was caught up as a young girl in the Lebanese Civil War, where she lived in a bomb shelter for seven years, from age 10 to 17.

Clearly, Brigitte’s early life experiences helped to shape her views on Islam and Israel and is at the core of her inner strength. As a result of her past, she has made warning the world of radical Islam her mission in life. She spent five years in Israel from 1984 until 1989, when she emigrated to the United States.

Not surprising, little is known about Brigitte’s personal life. In today’s hate-filled climate, it is unwise to leak too much personal information. Very few powerful conservative women are open about their families and personal life. It isn’t safe to do so. Brigitte has received death threats from some of the largest terrorist organizations because of her views, which she professes loudly and often. Because of her fears for her and her family’s safety, she does not divulge where she lives or the names of her family members, although it is known she has two children.

Brigitte is a natural born beauty who always appears put together when delivering her on-target messages. In addition to her lethal brain, she has that certain jena se quois of a European beauty and the type of Middle Eastern honey-colored skin that sparks my inner white girl envy, so I reached out to her to see if she’d be willing to fill in some of the gaps—not because I want to out her personal life— but because she is truly admired and should be celebrated. Young conservative women need real-life heroines to look up to and Brigitte, in my opinion, is at the top of the list. And despite the hateful rhetoric of the left, she is greatly admired. In a rare personal photo she shared on her Facebook page, it’s clear that her followers adore her. 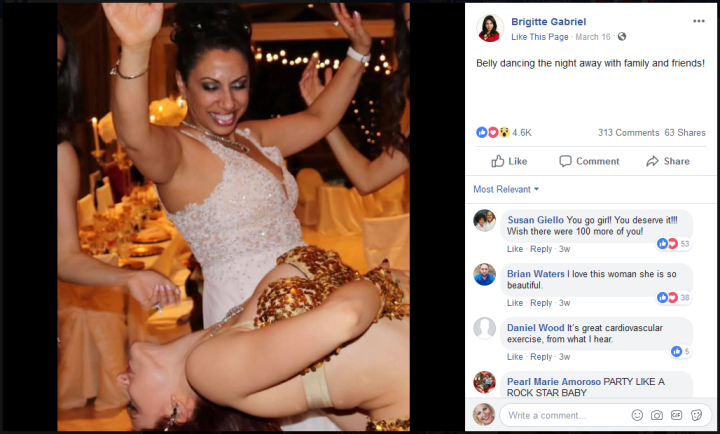 Brigitte isn’t all beauty and no brains. She has mastered many skills including, writing, speaking and business, so of course I am curious as to how she mastered her poise and polished speaking skills and how she remains so courageous in the face of such media hate. Success at this level requires discipline and mastery, and I admire her ability to tackle some of the most divisive issues of our day as a woman.

Brigitte speaks Arabic, French, English and Hebrew and has addressed the United Nations, Australian Prime Minister, members of The British Parliament/House of Commons, members of the U.S. Congress, the Pentagon, the Joint Forces Staff College, the U.S. Special Operations Command, the U.S. Asymmetric Warfare group, the FBI and many others. She has even been knighted in Europe in 2016 by the Knights of Malta for her international work on fighting terrorism and standing up for Western Judeo-Christian values.

There are thousands of young conservative women who aspire to use their own talents to affect change and Brigitte is not only a road map, she’s a study in courage, acumen and hard work. Although I understand why she remains an enigma and zealously guards her personal life, I still aspire to be the writer who will one day interview Brigitte the woman. Until then, you can follow Brigitte on Instagram and Facebook, become a member of her organization and purchase one of her New York Times best-selling books on the war against Islam. She is truly one of our most priceless and prized American sisters. May she continue the fight to expose Islam and always #Reignwell.

2 thoughts on “On Being Brigitte: A Profile in Courage”