Our memories comprise a complex picture of not only who we are but where we have been in our journey throughout our life. Memories can assail us unbidden, causing us to cry, become sad, cringe or laugh. They can also warn us of unseen danger or check an action. Remember what happened the last time you did that?

Memories also serve to hold our collective national conscious, and they are under constant assault today. Traditions, beliefs and expected behaviors have all taken a hit in our post-modern society, and I would argue that it is damaging us. If our histories, our actual memories of factual events are systematically erased, then so too is our self-identity. The government knows this, which is why the recent Freedom of Information Act release of one of the CIA’s most damaging MK Ultra programs was to wipe a person’s memory of real events while simultaneously planting false memories. It is also the reason why historians have been busy rewriting history and why culture and politics tirelessly seek to police our behaviors and speech in draconian ways.

The goal of erasing our collective memory is to break down our identity and provide us with an identity the cultural and political forces at large wish us to have, which is one of the reasons I thought the media’s love fest over the death of George H. Bush was so illuminating, as was the CIA’s recent forced release of some MK Ultra papers, which clearly proved that the program was not a tin hat conspiracy of crazy right-wingers. We were able to watch in real time as the media shamelessly rewrote a story of a past president it truly despised and disparaged throughout his time in office. By controlling the narrative of recent historical events, it brainwashed many young Americans who were too young to remember the first Bush’s time in office into believing he was a beloved president. What we were really witnessing was the celebration of one of Americans first openly friendly globalist’s life and death by a dishonest media.

The assault we face each year around the Christmas season on our cherished Christmas traditions is another chess piece in the memory wars. The assault on culture to remove any hint of the holiday from academia, corporate or public events is endless, from attacking traditional national songs, church manger displays, television programs, school plays or the right to freely celebrate the birth of Jesus free of disdain and derision is in peril. Those who hold power in government, academia and media would rather have us forget that our nation of laws was founded on Christian principles.

The Christmas season is especially hard for many Americans because of the decades-long assault on the traditional family. Most nuclear families are no longer intact, which means their memories of happier times are tinged with sadness, are lonely or they are estranged from loved ones during the holidays. This could be observed by the many Friendsgiving articles and advertisements this season on entertaining for friends, not family, during the traditional Thanksgiving holiday.

Traditions have been routinely disparaged in America at least since the 1960s and it has left us with an aching hole, a longing really, for what is important and cherished in our collective national consciousness, which is one reason Trump is so popular with ordinary Americans, that is those Americans living between the coasts.

But love of tradition does still thrive in the hearts of many Americans, and it is young millennials and genXers who are reaching back into history and putting the breaks on the runaway relativism of our modern society. It can be found in the still-strong design trend of farmhouse living popularized by Christians Chip and Joanna Gaines, the traditional plaid Christmas wrapping paper and decor that is so wildly popular now and the resurgence, of all things, fruitcake and whiskey cocktails. And it is a big factor in why many young people are putting the brakes on social media and technology, creating quiet time in their lives in order to think and create rather than being directed and influenced by big technology. 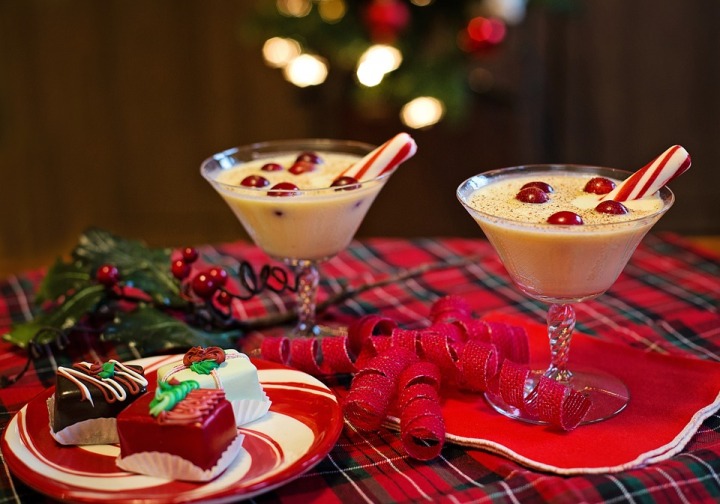 We are told that diversity is America’s biggest strength, but diversity has only served to divide us on ideals and traditions Americans have historically united behind. There is room at the table for all, but let us no longer allow diversity mongers to continue to erase our collective memories. Remember, if you come to the United States to live as a legal citizen, you are a guest in our home. Don’t ask us to change the menu, sing a different tune or remove our manger from our yard. If you are an American who militantly believes there is no room in our collective consciousness for honoring tradition and who calls me an Islamophobist, a white racists or a fascist because I disagree with you and believe in our Constitution and institutions, I will call you out as the radical relative you are. Without borders, without beliefs and without traditions we are like the MK Ultra victim who can no longer remember who he is. Not on my watch. Merry Christmas. #Reignwell