Like many American women on the right, I have endured anxiously and silently the Kavanaugh confirmation hearings, watching progressive activist groups not only destroy the good name of a U.S. Supreme Court nominee, but senators and representatives tearing down the dignity and seriousness of our judicial confirmation process with mafia-like tactics and dirty money. And I’m angry.

I’m angry at a media that continually dumbs down our nation, stokes the flames of the sex wars and attacks good Americans who happen to be white. But I am particularly angry at the feminists who propose to speak for my sex. Don’t. You. Dare.

What is so diabolical about the current state of feminism is the insistence that women should be treated differently than men because of their sex. The point of feminism, after all, was to be treated equal under the law, not being granted special treatment because of your sex. Thus, the ludicrous idea that all women should be believed regardless of their character would grant them special favor over men in the eyes of the law. Clearly, these feminist crazies have discounted the part about justice being blind. 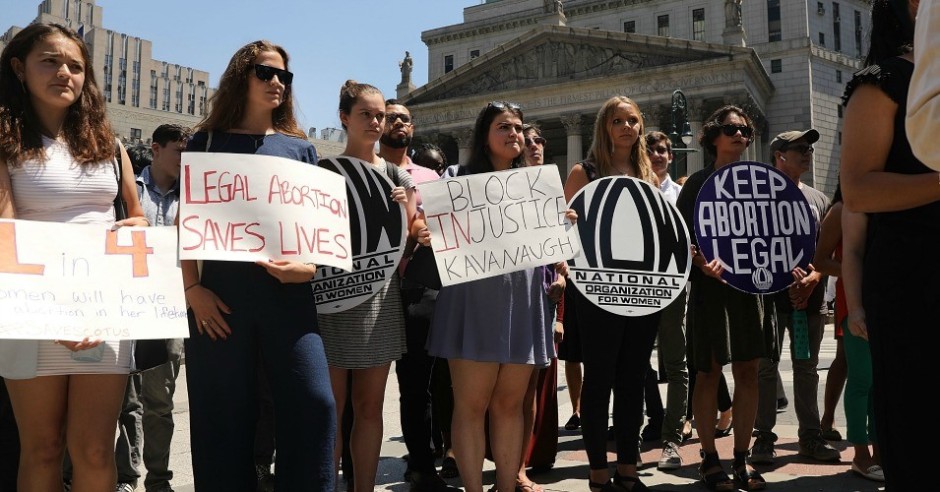 Perhaps more far-fetched is the notion that it is white men, and only white men, who are harming women, as evidenced by feminist guard dog Chelsea Handler’s recent tweet:

Handler is leaving out the fact that white women, too, are actually part of the Republican Party. She also conveniently glosses over the fact that almost the entire brown Muslim world treats women as property. They have no right to own property, vote or even appear in public in some countries without being covered head to toe in a black sack. Many Muslim men beat their wives and daughters with impunity and are the perpetrators of child rape and violence.

Who I find to be most egregious among the feminist troupe is the self-appointed lion tamer of the circus, Linda Sarsour, a white women raised in Brooklyn, New York championing herself as a person of color and who claims to be a Palestinian-American. Someone should tell her that Palestine is not a state, but that’s a different story for a different day.

As the former executive director of the Arab American Association of New York and Woman’s March activist, Sarsour wears a hijab in public while viciously attacking Susan Collins and all white women on twitter following Brett Kavanaugh’s appointment as Justice to the U.S. Supreme Court:

A white woman Senator is talking about presumption of innocence that is never offered to Black men in America.  You are watching white supremacy live on the Senate Floor. #SusanCollins#CancelKanavaugh

Senator Susan Collins is the mother & grandmother of white women in America who gave us a Donald Trump presidency. The 53%.

She is a disgrace & her legacy will be that she was a traitor to women and marginalized communities. History will not treat her kindly. #CancelKanavaugh

This is the same woman who in September 2018 at Houston’s Islamic Society of North America conference—the largest annual meeting of Muslims in the United States—reminded her fellow Islamists to make sure they did not mistake Jews for human beings. Sarsour is a Hamas terrorist sympathizer and champion of Sharia, all of which makes her seriously flawed as an activist for women’s rights, among other things.

Academia has brainwashed our young women into believing that men, particularly white men, are their actual enemies rather than the protectors of this great nation. It is these same women who scream about imaginary threats to their reproductive “rights” who, if attacked by an Islamist cell, would be wholly and completely dependent upon men to come to their aid, well at least the ones that don’t carry. And yes, I am aware that great women serve in our military, but I know you get the point.

Finally, if you propose to speak for all women, I will call you out. I will no longer allow you to speak for the millions of women in this great country who do not hold to your racist, sexist ideals. We will not be silenced any longer by unhinged, screeching brainwashed feminist banshees. You are not my sister, you are a domestic enemy. Don’t like what’s happening? Take it to the ballot box “ladies,” but in the meantime, keep your hands off our men. #WalkAway