The search for the elixir of youth is nothing new, from Ponce de Leon to the modern day Borg Queen, man has always searched for ways to remain youthful and cheat death. But can scientists intervene with the natural process of aging and stop death it in its tracks? Many think it can, and much of today’s research on longevity is based on the premise that there is a built-in mechanism programmed into our DNA that is responsible for aging. Finding the key to turn it off would be the holy grail of what scientists say is the cause of all human death—aging.

Although there is no one theory to explain the mechanisms of age-related changes in the human body, the fields of artificial intelligence, transhumanism, and bioengineering are converging at a dizzying pace, a singularity if you will, and offer the first real scientific promise of longevity. Advances in the human enhancement sciences are already growing replacement organs in petri dishes, utilizing therapeutic implants, and infusing the brain with a cocktail of stem cells and peptides in an effort to stimulate nerves.

Researchers at Standford University’s School of Medicine discovered that cord blood from babies contains an important protein that vanishes as humans age. It is believed this protein encourages neuroplasticity in the brain, and their research showed that when human cord blood was injected into elderly mice, the mice performed far better in learning and memory tests and even started nesting again. 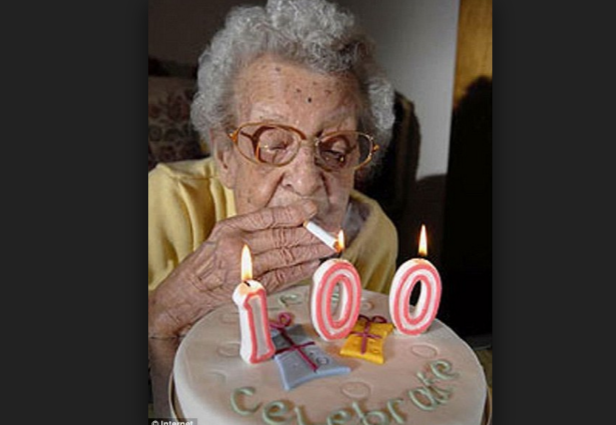 Scientists are also searching for methods to reverse cells to their embryonic stem cell stage by modifying human cells that have lost their ability to divide, or reaching a state of senescence, a state in which cells are old and no longer divide into newer cells.

More recent, researchers at Yale’s School of Medicine identified a hormone produced by the thymus gland that they say extends lifespan by up to 40 percent. Their findings reveal increased levels of the hormone FGF21, which protects the immune system against the ravages of age.

Human hormones, particularly human growth hormones (HGH), have been widely used for more than a decade by aging Hollywood actors. HGH is said to reduce body fat and build lean muscle mass, smooth wrinkles, and boost libido. Nick Nolte and Oliver Stone have praised it, while Sylvester Stallone said, “everyone over 40” should try it. Demi Moore, Jennifer Aniston, and Madonna are all rumored to have taken high HGH injections.

The quest to stop the aging process is better funded and more popular than ever as scientists race to change man’s final destination—death. Scientists in the fields of medicine and drug development, molecular biology, genetics, and computational biology are the hot growth areas now and in the foreseeable future, and the money chase is well underway for venture capitalists seeking to be the new vanguards.

Unity Biotechnology, a San Francisco startup, recently raised $116 million from venture capitalists in its bid to find treatments for diseases that accompany aging. And big, big money is at stake in finding successful therapies to reverse or stop aging. It is no surprise then that Google is a major player in the longevity field and is already heavily invested in new industries through its various startups and company holdings, such as Verily and Calico Life Sciences, LLC (Calico), whose stated mission is to harness advanced technologies that control lifespan. An April press release announced a project with Jackson Laboratory, a nonprofit biomedical research institution, to collaborate on applying mouse genetics to study the genetics of health and aging in humans. And not surprising, Calico reserves the right to obtain exclusive rights to any discoveries made. 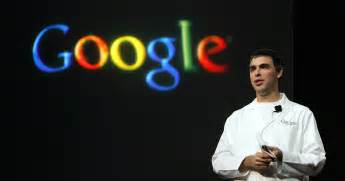 Also this month, the Wall Street Journal reported that Elon Musk, the billionaire entrepreneur, confirmed that his new startup, Neuralink Corp., seeks to merge computers with brains so humans can engage in telepathy. Musk hopes that Neuralink will develop brain interfaces that would replace human language. Although Musk states his work benefits people with brain injuries, such as stroke survivors, according to the article, this isn’t his ultimate ambition for the company.

Musk has spoken out about the dangers of being left behind by the advancements being made in artificial intelligence. Musk states he wants Neuralink to operate wirelessly so it will have to find a way to convert brain signals to digital signals, and send huge amounts of data into and out of the brain.

But what does all of this mean for the human experience? After all, what does being human actually mean? Is growing old a natural part of God’s plan and, if so, do scientists and political movements, such as transhumanists care? Are humans inherently wrong to want to stop aging and its accompanying diseases?

The Old Testament contains 250 scriptures on old age and one consistent theme emerges as you study them—there is honor in the aging process. According to the Bible, growing old is normally accompanied by increased wisdom and experience. “Gray hair is a crown of splendor; it is attained by a righteous life. ” (Prov. 16:31)

It can be argued that it isn’t until the body begins to age, that people are reminded of their own mortality and physical and mental fragility. As the mature mind becomes trapped in an aging body, it inevitably begins to comprehend how short life on earth truly is. People begin to ponder justice, brevity, purpose, and ultimately, what comes next. On our death beds, scientists have shown that we regret the relationships we invested in or not, not the titles, wealth, or accolades received from a lifetime of career achievements.

“For the living know they will die; but the dead do not know anything, nor have they any longer a reward, for their memory is forgotten. Indeed their love, their hate and their zeal have already perished, and they will no longer have a share in all that is done under the sun.… ” —Eccl. 9:5

But proponents of longevity do not see the aging process as a blessing or as being inevitable. They are interested in preserving the human shells we all live in and would argue that just because our biological clock may no longer be ticking, the human mind will continue to mature. And it is hard to argue that this is an attractive idea. Youth would no longer be wasted on the young.

If we are able to tamper with DNA through the gene editing tool CRISPR and grow damaged organs and limbs, wouldn’t this all benefit the human race? Would a parent of a child with a disease, for example, really not want to provide a cure for a child doomed to an early death? 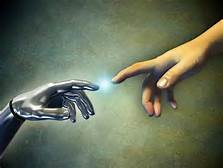 Unfortunately, as with any other great technological advancements, such as the world wide web, there is always a dark side to science and technology. As long as man remains captive to greed and sin, there will always be a danger in who controls the technology and for what purpose. One such movement is the transhumanism movement. And it is not as benign as its proponents and benefactors claim. Transhumanist believe that human beings will eventually be able to transform themselves into different beings with abilities so greatly enhanced from their natural condition that they become posthuman.

Whatistranshumanism.org, describes transhumanism theology this way: “Many transhumanists wish to follow life paths which would, sooner or later, require growing into posthuman persons: they yearn to reach intellectual heights as far above any current human genius as humans are above other primates; to be resistant to disease and impervious to aging; to have unlimited youth and vigor; to exercise control over their own desires, moods, and mental states; to be able to avoid feeling tired, hateful, or irritated about petty things; to have an increased capacity for pleasure, love, artistic appreciation, and serenity; to experience novel states of consciousness that current human brains cannot access. It seems likely that the simple fact of living an indefinitely long, healthy, active life would take anyone to posthumanity if they went on accumulating memories, skills, and intelligence. ” 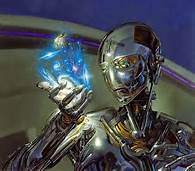 Sounds like man before the fall and the promise made by Satan in the Garden, “You will not certainly die,” the serpent said to the woman. ‘For God knows that when you eat from it your eyes will be opened, and you will be like God, knowing good and evil.’” (Gen. 3:4-5) But this one act of disobedience to God, sentenced the human race to death. For those who do not believe in Christianity, they perceive this death sentence as unjust and are hard at work to conquer the phenomena of aging and ultimately, death.

If you have ethical objections to the goals of transhumanism, there is already powerful political, grass root groups hard at work to counter your arguments. Groups such as the Methuselah Foundation and the Institute of Expotential Science are working to change public policy to build connections behind the scenes in business, deregulate research, and advance the merger of human biology with AI and biological enhancements both nationally and globally.

But ideas are not enough for this fledgling movement. Thus, the U.S. Transhumanism Party was born in 2014 as a political organization dedicated to putting science, health, and technology at the forefront of U.S. policies. Although other groups and advocates, such as Aubrey de Grey, BioViva Inc., Life Extension Advocacy Foundation, International Longevity Alliance, People Unlimited, the Singularity Network, and others remain small, they are a well funded movement largely made up of rich Californians, technology geeks, and scientists. In October 2016, Zoltan Istvan, the founder of the Transhumanist Party, ran for president in the 2016 election, but readily admits he had no real hope of being elected but did so to draw attention to the movement.

While well funded and sincere believers in transhumanism and enhanced biology are hard at work to set the table in government and science, as usual, the majority of the Christian community remains asleep, blithely unaware of government funded studies in the fields of computer and life sciences.

Revelation 9:6 warns us that, “During those days [the tribulation] people will seek death but will not find it; they will long to die, but death will elude them.” Whether or not this scripture alludes to this post-humanism being developed today is unknown, but it certainly seems more plausible than ever before. Christians have an obligation to warn others of the dangers of no longer being genetically human.

God tells us that it is appointed once for man to die, and afterwards is judgment. (Heb. 9:27) God does not desire us to be eternally separated from Him and to perpetually remain in the fallen state of sin. Jesus died for the human race, but he also rose from death. Jesus is not dead as non-Christians believe, but is alive and waiting the appointed time to come and claim his rightful rule over the earth. Jesus tells us, “I am the Living One; I was dead, and now look, I am alive for ever and ever! And I hold the keys of death and Hades.” (Rev. 1:18)

Christians believe that Jesus conquered death already, and He is the first human to also rise from death. The death of this shell of a body we pass through life in is temporal to His believers and central to the Christian doctrine: “When the perishable has been clothed with the imperishable and the mortal with immortality, then the saying that is written will come to pass: ‘Death has been swallowed up in victory.’ Where, O death, is your victory? Where, O death, is your sting?” (Rev. 15:54-55)

It is an exciting new world out there, and I am hopeful that the leaps and bounds being made today in genetics, computing, biology, and science, will be used for the greater good, but I would caution all to examine the real motives behind the movement and to ponder the unbearable consequences if we get it wrong. Reign well.

2 thoughts on “The Post-Human Movement”