A few years ago, I stumbled across a celebratory tribute article, “How Do You Spell Ms.” on the longevity and legacy of Ms. Magazine. New York Magazine headlined the article with a prominently displayed circa 1970s snapshot of a slim and somewhat stern and young Gloria Steinem. Hip 70s attire. Plenty of big hair.

Immediately my fingers twitched with desire to publish my own commentary on this “commemorative” occasion. A myriad of emotions ran through my mind as I perused the article and my palms begin to sweat. Reflecting on Ms. Magazine is a bit like thinking back to that creepy, overbearing guy you let kiss you even though you would rather not just because you didn’t have the experience to handle the moment. It washes you in a nasty memory of anger and angst.

This is how I feel about Ms. Magazine. It brings a twinge of self-loathing. As such, I am particularly irritated by the “follow-up” article written by the young Emily Nussbaum, whose subtitle, “Come for Lady Gaga, stay for the Enlightenment,” which instantly marks her as an outsider while shamelessly showing her longing for the return of fervent feminism. Obviously, Nussbaum wasn’t there. But Lady Gaga? Gaga isn’t about or for women, she is a poster child of a lost, narcissist generation. Steinem, love or hate her, had a singular message.

The legacy Steinem left me and countless others my age was a confusing and thankless place through most of my 20s and 30s, so I have earned the right to have my voice heard on the feminist movement. Although my voice may not be young like Nussbaum, it might sound fresh to your ears because it isn’t often told in the media.

As I have shared in my previous posts, I wasn’t really a part of the baby boom generation. I was a one year old in diapers when Kennedy was shot and watching “The Partridge Family” before bedtime when the hippie movement and Woodstock were happening. And when the photos featured in New York Magazine of Steinem and company’s staff meeting were snapped, I was just an innocent 10-year-old girl at a time when girls of 10 were actually children.

Yet, it was my prepubescent generation that ultimately fell to the pied pipe of Gloria Steinem and the feminist movement. We were young with minds as blank as any slate, empty vessels waiting to fulfill our futures. Gloria, herself a young girl of 29, wanted to change the world, and I do admire her very much for this. She was an articulate, smart, sexy, and determined woman. Who wouldn’t admire that? She believed in her ideas and was not afraid of the ridicule that often accompanied them. But I wonder, did she have any inclination of where her ideas, as a young 29-year-old girl, were leading a generation of up and coming women?

Before I even begin to lament on just some of the damage caused by the feminist movement, I have to say what was so right about it. Like the civil rights movement, it shed light into a dark era of discrimination in our nation. As such, accolades to Gloria, and for all of the other women who came before me who fought for my right to vote, own property, and hold a job outside of the home. Thank you that we could enjoy work environments free of sexual harassment and for the right to equal pay for equal work. It’s just about everything else you did to muck up the roles of women, men, and the importance of family and place that I disagree with.

As a young girl, I remember that in my small suburban neighborhood of modest homes, all of the women stayed home. It was a magical place to grow up as a child. You knew when you got off of the school bus your mother would be waiting. After a quick snack and a change of clothes, you rushed outside to mingle and play with a virtual throng of neighborhood children. After dinner, entire families migrated to the front stoops to watch their children play until dark. It lent a strange sense of security to play ball or catch fireflies knowing your mother was all the while keeping an eye on you.

Today, the streets of most suburban neighborhoods are empty. Children now spend their formative years in controlled, after-care school programs or in complete isolation. When mother does arrive, she is frazzled, cranky, distracted, and just plain tired. I know I was. You see, after my mother was divorced and left to fend for herself, as many other married women in the 70s were, the cadence of our life changed suddenly and dramatically and our personal security was ripped asunder.

We no longer had the luxury as young girls to dream of our futures in suburban sound bites or play free in the streets. Life became economically hard, as did many of our mothers, who suddenly found themselves thrust into a work world that neither wanted them nor paid them very well.

Upon graduation from high school, I did what any girl who believed in the mantra of Gloria Steinem and company did, I went to work. The more well heeled of my generation went to college, but if you were the product of a single parent household, you went to work. There was hyperinflation, gas lines, and very, very rigid work ethos for women in the workforce. You were excited to be there, even if you did have to wear business “suits.” Black, low-heeled pumps were a part of the uniform of the day and you never, ever let them see you cry. 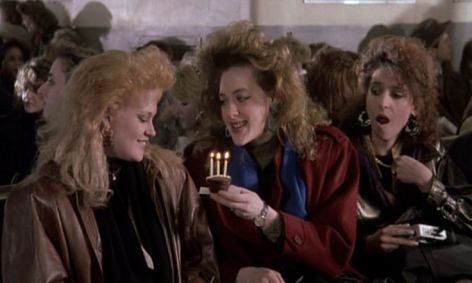 If your child was sick and you got that dreaded call, you were, quite literally, at peril of being fired. Leave early to attend a school party with your child? Never! You were in a man’s world and expected to act very much like one. And it was hard. It was hard leaving your child crying at the door as you left with your briefcase in one hand and your lunch in the other. It was hard trying to run a household, raise latch-key children, and keep up your appearances and your relationships. Your employer sucked the most productive hours out of your day and night. All the while, the drum beat of modern culture urged you to be more, do more, and succeed.  Above all, have it all.

What we succeeded in as we finally reached our 40s, tired and resentful, was the realization that we had been duped. You can’t have it all, and our own broken families and emotionally messed up children attested loud and clear to a flawed idealogy. Then there was the most painful of all consequences. Instead of our daughters actually admiring us for all that we had managed to accomplish, they resented us. They resented that we were not there when they got off the school bus, baking cookies and soothing their hair back behind their ears. They resented having a mother who wasn’t “present” emotionally or who didn’t have the time to just “be.” Honestly, this hurts the most. Because work we did and we worked hard.

I personally think that the young mothers today who are making untold sacrifices to actually stay at home with their children are the women we should be admiring and encouraging, not Lady Gaga. These young women seen first-hand what their own mother’s experienced and the effect absent parents had on their own childhoods. They have made deliberate, proactive decisions to opt out of the game.

I must admit that when this first began to occur, I would wring my hands and shake my head when they would whine about how hard it was to be a mother. In derision, I would think, “Honey, you have no idea!” I couldn’t  imagine the “luxury” of having all day to home make and care for my family as they did because it was never an option while raising my own children. Being a working mother with a management-level position, now that was hard.

Eventually, the lightbulb came on for me and I began to empathize with them and understand why it it was so hard for them. They are paying a high price for their very deliberate and honorable goal of being “just” a mother and opting out of the workforce. They are isolated and face sometimes unbearable economic hardship. Worse, many do not receive appreciation or acknowledgment from their peers and, predictably, the modern day Gloria Steinem’s of our time have nothing good to say about it.

We have come a long way, baby. We have given young women the right to choose their own destiny. And I, for one, can thank Gloria and company for that. However, now we just need to empower them to feel good about it. 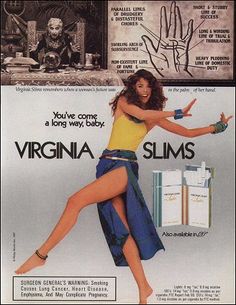